Have you heard of the DNA Angel Project? http://ow.ly/xk4N303ppbD

A great explanation on the recent changes made to Family Tree DNA site. http://ow.ly/zbqG302YlsV

If you use to follow Hound on the Hunt and you’ve noticed you haven’t been getting any posts then I’m happy you noticed.  But I’m unhappy to say that I didn’t realize it and I’ve been missing your following and comments. I moved my blog  to  blog.familyhistoryhound.com  and if you’d like to continue to get my blog you can go to my new self-hosted site and signup.

Hope to see you following and Happy Hunting. 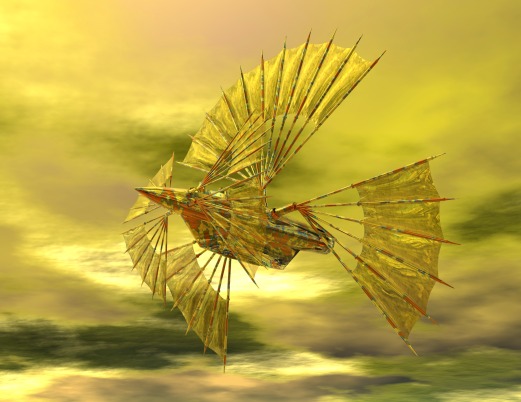 I can’t tell you the number of times I’ve thought that. Not that I’m a big sci-fi nut and I can’t lie I’ve never read the novel by H. G. Wells nor have I watched Dr. Who.  But I do know that if I were to have a time machine I’d have a lot of fun.

I know that I’d have to make a list of questions for all the ancestors that I’d like to go back in time to visit. Can you imagine; “Hi, you don’t know me but I’m your great-granddaughter from the future. Can you tell me the name of your son’s father?” Or ok; let me get this straight…..

Even to just to back and see what it was like to live in that time period. When you look at photos of places in the past,  it’s not the same as walking the streets, smelling the smells and just to generally get a feel for what people thought was important.

Take this picture from Jasper Avenue, Edmonton, Alberta, Canada;  1906. This isn’t what we would consider grid lock today.

But it would be fun to walk those street and see what the people were doing, where they were going and to see how complicated or uncomplicated your ancestors lives were.

Can you imagine your ancestors surprise when they realized that the secret that they thought they had hidden and got away with all those years wasn’t really a secret after all and that you were hot on the trail and in some cases using DNA (of course you’d have to explain what that was) to try to figure out the answer to the secret. <sigh they could have been just, honest>… but those were different times.

So I ask you…. “if you had a time machine, who would you visit  and what would you ask them?”

My children know, or at least they should know, that they won’t be getting some large inheritance because I’m spending all my money on DNA testing.  Well that might be a slight exaggeration but I’ve spent a lot and I plan to spend more.

What I’ve found most interesting is the matches that my mom and her brothers get and how some of those are connected to one of my son and not to the other. I do understand that you get half of your chromosomes from each of your parents and that you don’t get the same half as your siblings. But I guess it didn’t really hit home until I saw who matched to who and who didn’t.

My mom was 78 when she passed away this year and my uncles are of a similar ages. When you start looking at who are their matches outside of the known  immediate family and to which members of the younger generation they connect to you realize that by not testing the older generation when you are able you may lose valuable information that will help you understand your family connection to your matches.

I guess what I’m trying to get at is that with each generation you lose  a bit of how you connect to someone elses tree, so you shouldn’t wait … you should test your oldest generation as their DNA has much to tell you.

One thing I recall as a child, was that it was neat when you got something in the mail. Now it seems like that doesn’t happen very often now, except for flyers and bills and even then you can have those come to your email.

So one of the cool thing about being a genealogist or family history nut is that you “do” get things in the mail. Right now I’m waiting for a death certificate and another certificate that I’m ashamed to say I don’t recall what it was, but they are coming from Britain. I always log my certificate purchases in my genealogy program but for some reason I missed this one so it’s going to be a surprise.  I’m also waiting for some probates to arrive from the B.C. Archives, after my recent trip to Victoria. All of these items will provide, hopefully; more clue to get my research farther back or at least to fill in those gaps. Meat to the bone so to speak.

Family history can be an expensive hobby. As I mentioned; I’m waiting for some certificates from the UK that cost 9.25 pounds each and the three wills that should arrive on Monday cost about $35.00 Canadian. But I guess there could be worse things that I could spend my money on.  I don’t have any vices so family history is mine.

Sometimes you can find the same information in other ways,  such as on-line databases or genealogy websites but sometime you just need to look at the document to get the details that you want. For instance;  with regard to the death record I’m waiting for. My 3x great-grandfather; William Middlebrough was born in Kingston on Hull, Yorkshire, England in 1839 or 1841 . Pretty straight forward until you get his birth record and it lists, not  Jane Brook which all the other Middlebrough researchers say is his mother, but Jane Carr.  I’ve done some research on Jane Carr and I can find a Jane Carr but no record of her and John Middlebrough as a couple. I can find John Middlebrough married to Jane Brook though.

But the birth certificate I have shows John Middlebrough, Joiner (and that’s my John’s occupation) and the mother is listed as Jane Carr. So what the heck. Then there is the death record in 1839 which I have on order for William Middlebrough. Who is this William. So I’m purchasing it to see who is listed as the father and if he’s connected to the family. Were their two John Middlesbrough’s living in the same area? Did they have the same occupation? Did they both marry Jane’s?  I can hear the conversation now;  “Hey cuz, isn’t it  wild that we are both marrying Jane’s, why don’t we both name our sons William? Just to make it interesting one of us could register the birth and the other not? Oh, your didn’t register your marriage…that will fix those government types”.

On the other hand purchasing a probate record can provide you with an abundance of information. Often you can find out who were the important people in your ancestors life and what their relationship was to your ancestors  and even where they lived , or at least that’s the hope.

So as I said earlier you could spend your money on worse things; after all purchasing some of these documents are a bit like gambling. You spend your money and you’re hoping  for a big return. 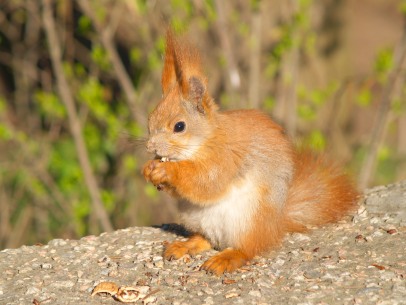 Over the past couple of years I’ve wondered If I have  had a mild attention disorder or If social media has created this. Either way I seem to be on the go and doing so many things that sometimes it’s hard to “stay focused”.

Sometimes stayed focused can be easier said that done. So what can we do so that we stay on task so we get those jobs done and are able to get to the  fun stuff; like, genealogy?

1. Set a time limit for social media. Even if it has to be a timer on the stove.

2. Sometimes it’s not that we are distracted as much as the job we have to do isn’t the most exiting thing to do.  Sometimes you just have to “suck it up” and “just do it”. Perhaps you need to get up early before the rest of the family gets up or stay up later and do that nasty job after everyone is in bed.

3. Headphones. Whether you use them to play music or not, if you’re wearing them then people tend to leave you along.  This is a tried and true system that my husband; Kevin uses.

4. Don’t try to multi-task. I’ve read a few reports lately that tell us that multi-tasking doesn’t mean you’re doing more jobs better but rather more job mediocre. Pick one job and do it well.

Once you get your jobs done you’ll have more free time to work on your family history. Because you know that’s not distracting at all. “Hey look there’s a new website for sharing your tree”……. 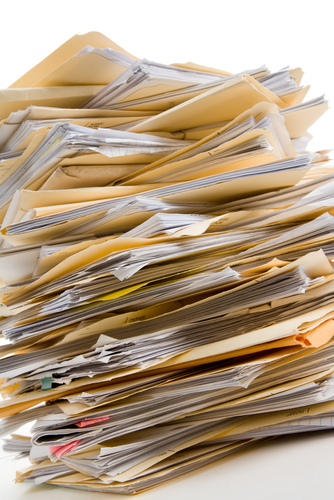 Today we continue with organizing… Well at least I’m try to do that.  The book I was telling you about; The 1-week Self-Organization Challenge by Simon Wright tells us; you have to plan.  My plan is to methodically go through the stack of papers on my desk and deal with them. Not to shuffle them around and let them propagate a new stack of papers.

The book also suggests to set yourself a time limit … which I have done. It also talks about not letting yourself procrastinate. To late that’s how I got myself into this stack of paper. He talks about making sure that when you set a time frame that you make sure that it’s the appropriate amount of time. Not too much and no to little.  He says that if you give yourself too much time that often you take that whole amount of time even though it may  not have been necessary and of course don’t give yourself too little time as then you will feel like you have failed at the task.  I like that idea …

Note; that I have no affiliation with this book it’s just one of the many books that I read that I’d like to pass along.